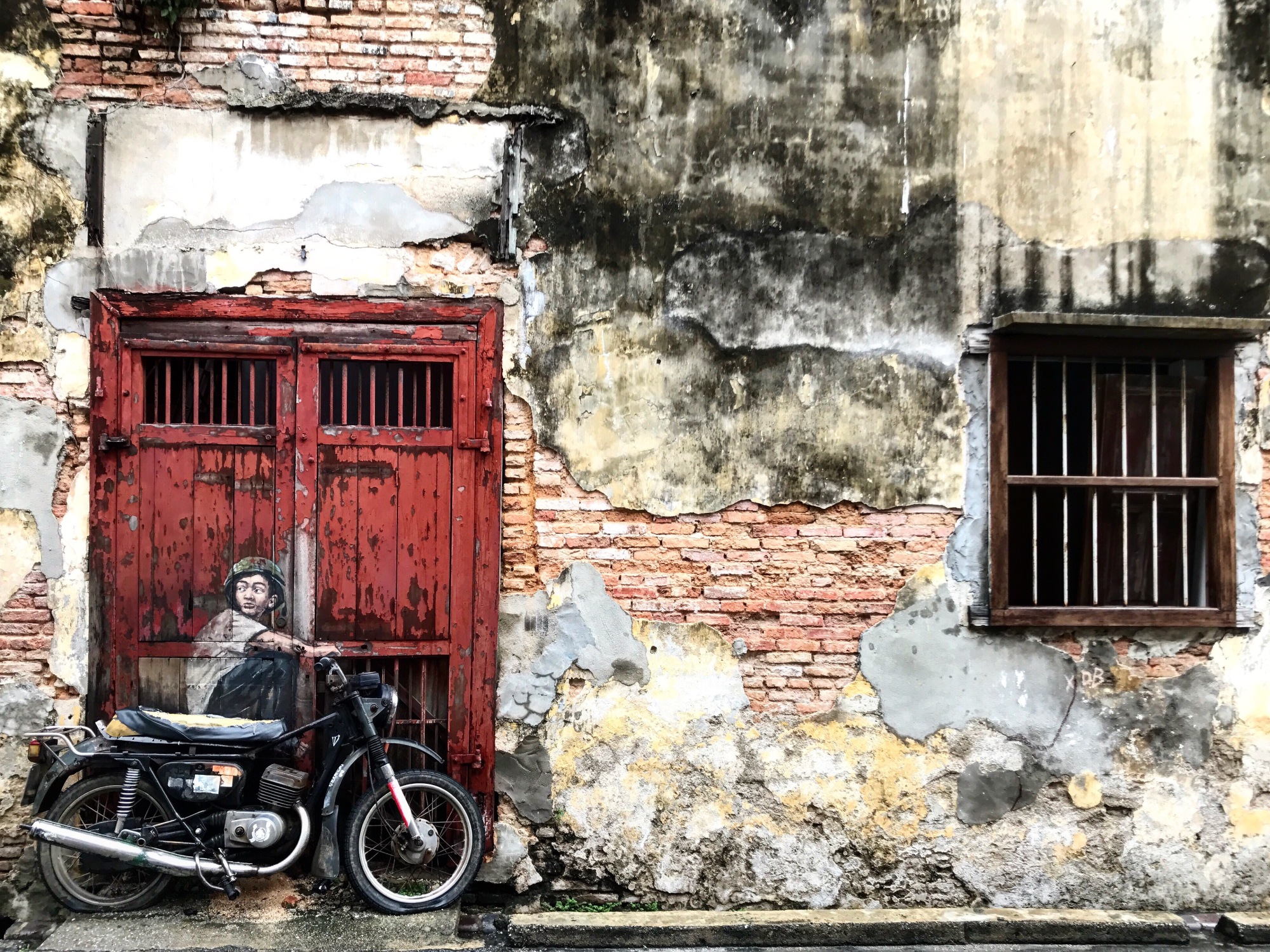 Known as the food capital of Malaysia, we of course had to make a stop here, even if it was only for 36 hours! We took a flight from Phuket to Penang, arriving in the late afternoon. Our hotel, Summer Tree Hotel, was located perfectly for our food adventures and we found Uber very cheap and perfect for getting around the city. To make the most of our short stay A did lots of blog reading on the must eat street foods and best hawker stalls, and with that we were ready to conquer Penang! Our first stop was to Lorang Selamat Char Koay Teow, for some Char Koay Teow, which is one of the most iconic and popular street food dishes in Malaysia. The name means “stir fried rice cake strips”, a dish of rice noodles, prawns, Chinese sausage, sprouts, egg and chili. We could see how this dish would be a crowd pleaser as it reminded us of blend between a Pad Thai and Pad See Ew! From there we took a short walk to Joo Hooi Cafe, a restaurant store front which is serviced by various hawker stalls along the street. Here we ordered Asam Laksa, a signature dish in Penang of rice noodles in a fish based soup and an oyster omelette. We enjoyed the Asam Laksa, however as the broth has tamarind juice and prawn paste, it may not be for everyone’s palette. After this we were in search for some dessert, specifically some Ais Kachang (combination of shaved ice and a mixture of red beans, grass jelly, sweet corn, assorted fruits, generously drizzled with rose syrup and condensed milk). We found Kek Seng just as they were closing up and the owner was kind enough to serve us, the dessert was delicious and refreshing! Walking around we also noticed there are stalls selling various pastries, so we couldn’t help ourselves but sample a Char Siew bun (BBQ Pork) for less than $2USD.

With our stuffed stomachs we took a slight break and also decided it would be wise to hit the gym to burn off some of the excessive Penang calories.  At Ultimate Fitness Center, J struck up a conversation with one of the staff members who only to find out was Mr. Malaysia 2017 (Steven Mark)! Post gym, as it was pouring rain so we stopped by a collection of hawker stalls down the road from our hotel (corner of Jalan Macalister and Jalan Rangoon). The stalls here had all types of street food to even western options like wood fire pizza, there is a charge of 0.50 Ringgit per person to sit at the tables or a drink needs to be purchased. J choose to have some Wanton Mee (egg noodle with a sweet-savory dark sauce topped with wantons) and A enjoyed a bowl of chicken congee (rice porridge).

The next morning, we woke up to rain and realized it had continued to rain heavily all night and the street outside our hotel was flooded! Later we had learnt there was massive flash flooding throughout Penang, likely due to Typhoon Doksuri which was passing through Vietnam. We navigated through flooded streets to get dim sum for breakfast at Prosperous Dim Sum, although we enjoyed the various varieties offered at the restaurant this may have been the source of J’s first dose of food poisoning on the trip! Unfortunately between the rain and J’s food poisoning we had to slow down the pace for the rest of the day (surprisingly A was fine though!). Despite the setback, we did manage to wander and explore the streets admiring the street art. In 2012 Penang hired Ernest Zacharevic to breathe new life into some of the atmospheric Chinese shop-houses around the inner city, which was very successful, turning certain areas into thriving tourist destinations! We stopped at ChinaHouse, the longest cafe in Penang, which is separated into 14 different sections. There is also a ridiculous pastry and cake selection here that you can enjoy from. As it was still raining we headed to the mall Gurney Paragon, which also has a food court JustFood where A could continue with the gluttony as J watched on. Even with the unfortunate ending to our time in Penang this should be on any foodie’s bucket list of places to visit! 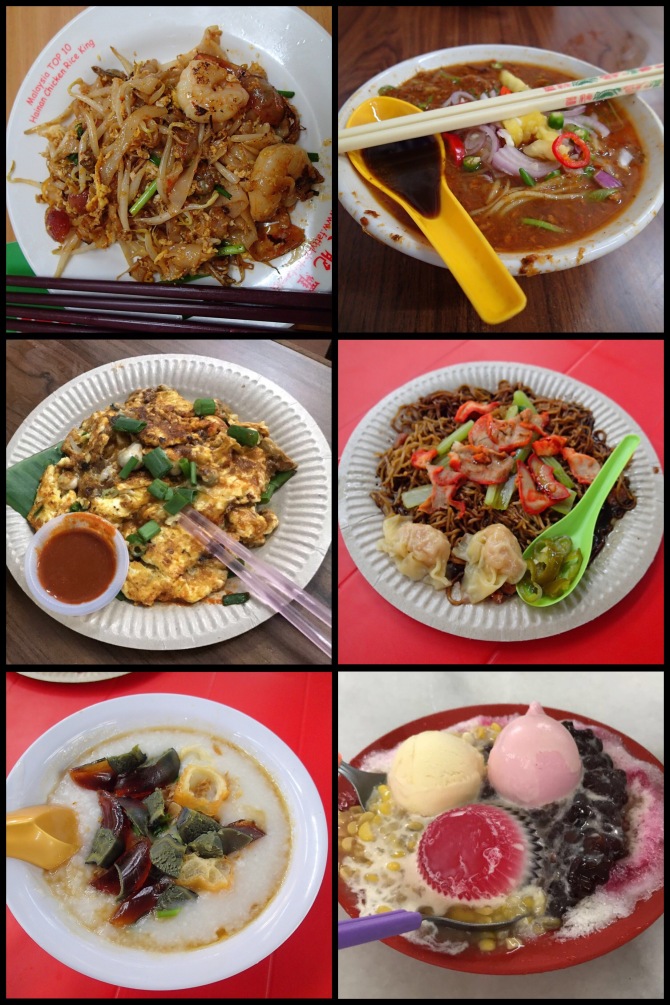 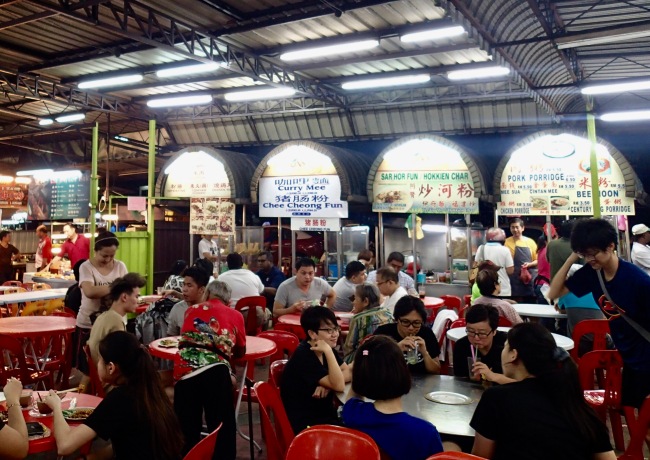 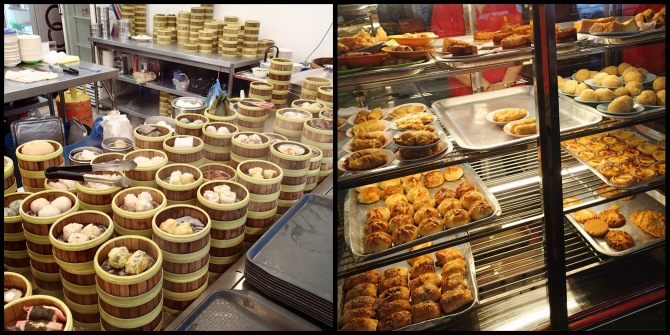 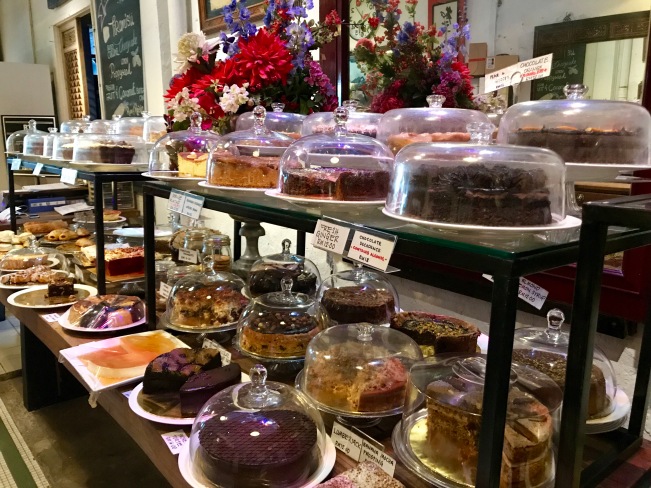 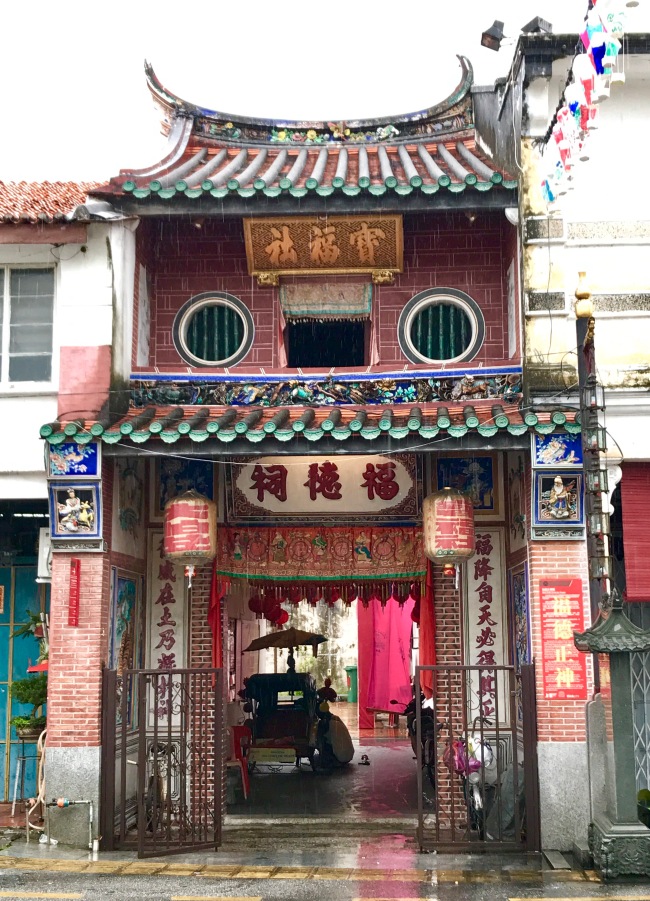 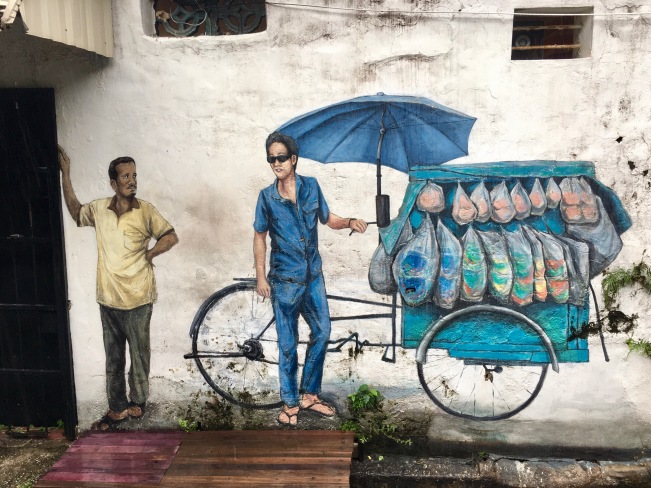